I am proud to announce the first two expedition partners today: the Society Foundation 3.0 and Seats2Meet. As a founding partner and facilitating partner they will join the Crowd Expedition in 2014 and 2015.

Ronald van den Hoff, co-owner of Seats2Meet and author and ambassador of Society 3.0: “Martijn lays bare the worldwide undercurrent and social transition towards Society3.0. He offers you a glimpse, as it were, into the kitchen of your future. It is only natural for Society3.0 Foundation and Seats2meet.com to want to participate in his new adventure, as the future it represents is already our everyday reality.”

END_OF_DOCUMENT_TOKEN_TO_BE_REPLACED 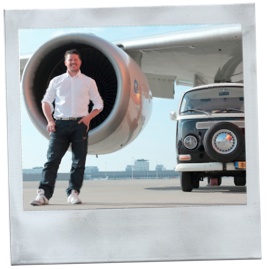 Martijn quit his job in 2010 to pursue his dream. He traveled through Europe in a Volkswagen T2 van for a period of five months to interview the leaders behind twenty authentic European brands. His adventures were compiled in the book Brand Expedition, which he then used to initiate various initiatives aimed at bringing together large groups of people in order to create added value. Via Twitter he arranged a free cargo plane, through crowdfunding he successfully financed the translation and production of his book, and with the help of a social media campaign he defeated the likes of John de Mol to become Best Entrepreneur of 2011.

His curiosity about the possibilities of what he calls the Collaborative Economy led to a new project: Crowd Expedition. In this expedition Martijn, driven by passion and curiosity, will take on the role of leader, accompanied by a broad and varied team. Each team member will contribute their own strengths and their own expertise, allowing everyone to add value to the Expedition. In order to jointly create something unforgettable.