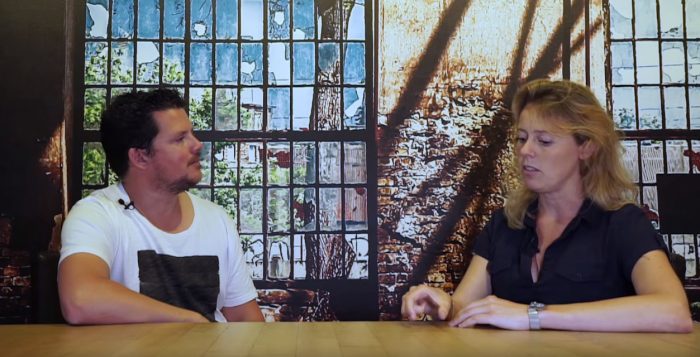 Organizations you partner with for over many years are sometimes the ones whose history and core values you’re completely oblivious of, just because you’ve never taken the time to talk about it. This week I visited Seat2meet’s Lenneke van Rossum for a conversation about their expedition. What follows here is what I took home from the interview.

The roots of Seats2meet aren’t found in an overly spectacular sector, namely meeting room rentals. At the moment the crisis arises, Seats2meet notices the drop in requests for rooms directly. What a moment to start thinking about the questions ‘Who am I’? and ‘What value do I add to clients?’. ‘Facilitating meeting spaces for people’ turned out to be an accurate description of their core value. From this point they started building.

Nowadays, many people equate ‘continuously building’ with ‘spending money’. Yet, you might also look at what it is that you already possess, and consequently ask yourself how you could use it differently or more consistently in reaching your goals? Thinking from abundance in stead of lack. Sounds easy, though it proofed not to be. Seats2meet earned money with meeting rooms, but faced a mostly empty lobby in the mean time. All basic facilities (internet, heating, etc.) where paid, so opening this space was a mere logical choice in hindsight. Note that ‘logical’ doesn’t equal ‘easy’ or ‘greatly celebrated by colleagues’.

The company Seats2meet saw a major growth over the last few years. Starting from one location in one country, they quickly expanded to 150 locations in 25 countries, still working with only 6 FTE in their headquarters. The freedom Seats2meet offers locations to personalize the main concept, and the way in which they lower thresholds to others to DO is impressive. Impressive, as well as the core of their success. Only by letting go and positioning yourself as facilitator, you might encounter such a growth. Not by trying to do and control all yourself, but rather by letting go. Honestly, it is much more fun to facilitate others and see them being empowered, while you are working on the bigger picture. So, it seems to me.

The one transition I noticed most clearly from outside is the way Seats2meet has learned that the only way to change the world is by making connections. In the beginning their message concerned, in my opinion, too much a far future –sometimes with the tendency to disguise the now. I notice that Seats2meet’s team has grown to a club seeking connections by taking people by the hand, especially during last years. Continuously moving ahead, step by step.

Growing within your own core

Where I just remarked the core of the company as ‘facilitating meetings’, I understood during our conversation, they had taken quite some steps as well. From facilitating meetings, from a traditional role in location rental, to facilitating dynamic and relevant meetings. The tool they use is called ‘The Serendipity Machine’: an online tool in which users show their skills and needs. The system then creates the link.

So, Seats2meet grew from a meeting room rental service to a … let’s say… facilitator in connections and meetings. With the (Artificial Intelligence) algorithm which is now being build for the arrangement of dynamic and relevant meetings. Combined with the company’s hospitality roots –hospitality professionals know like no other to centralize the customer, and don’t need this wisdom written on the walls, to be reminded accordingly– they ensure a possible growth in a countless number of branches and functionalities, with which they are well prepared for the future. I’m curious to see how their expedition continues!