CLOSE
Home Project updates A corporation cooperating with a startup and the crowd: Swisscom 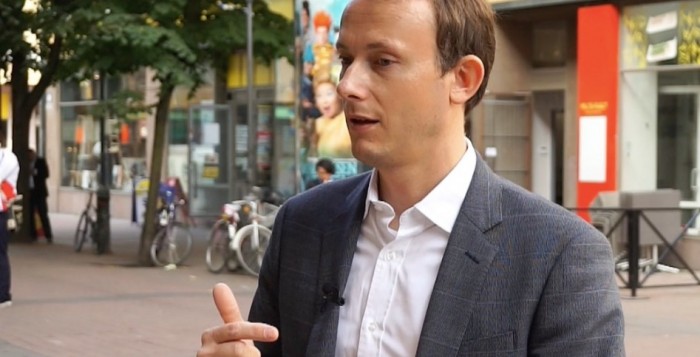 Corporations, startups, and the crowd. There are many examples of attempts to bring these three worlds together, both successful and unsuccessful. The corporation is too cumbersome, the startup is too fast and takes too many risks, and the crowd simply has different interests and doesn’t want to listen. When I heard of a telecommunications company and a banking company seemingly able to work together, they caught my attention. At the CrowdDialog congress in Helsinki –actually outdoors, because inside it was all too warm, small, dark, and noisy– I entered into a conversation with Andreas Pages, the head of crowdfunding at Swisscom.

We talked about two real-life situations. The first regarding crowdfunding, as Swisscom has built a SaaS crowdfunding platform from which clients may launch their own crowdfunding platforms. Andreas is responsible for this project. The second situation deals with Swisscom Friends: a platform where Swisscom clients receive compensation for helping other clients solving technical problems. Check out the video of the interview, listen to the podcast, and/or read the most interesting findings and thoughts below.

A bank as facilitator and catalyst

With these projects, Swisscom clearly looks toward its future role. The thought of running an organization like a platform highly interests me. In these two examples, Swisscom takes a step back into the role of facilitator and catalyst. Facilitator: by offering its stakeholders (private and corporate clients) tools and a platform to deal with each other without the intervention of the company. Catalyst: by taking the lead, especially in the crowdfunding case, in the maturation process of the market.

Recently, I visited an ABN AMRO session for a discussion about crowdfunding. At one point, I asked, “Starting from what amount does a business loan become profitable?” Understandably, I received answers like, “Well, it would depend on … bla bla bla”. So I asked again, “Fair enough, but could you pin down a specific number?” We ended up with the amount of €200,000. A loan –roughly estimated and not relevant in this case– of less than €200,000 costs the bank money. So why doesn’t a bank facilitate things for its clients with crowdfunding/crowdinvesting by working together with and by investing in other platforms? (In the broadest sense of the term.) Actually, this is what Swisscom does. They could facilitate the client with the means to collect uninteresting amounts of money (read: amounts incurring losses), while maintaining the relationship until the client does have an interesting (read: profitable) query. Regarding the help desk, it is the same story. The level of organization needed to support the bottom end of the market and the costs involved are huge. By providing clients with a platform, a win-win situation is created.

Keeping expenses and investments within borders

By giving Swiss investors the opportunity to invest, while offering national companies an extra option in the market of financing, money is literally kept within national borders and a closed ecosystem is created. This may sound a little nationalistic, but looking at the crowdfunding market, this is the way it currently works almost everywhere. As of today, there are  very few platforms where international investments are made.

All in all, I’m of the opinion that the way Swisscom researches and takes on its future role now is by doing. The reason behind Swisscom’s success can be summed up as follows:

I’m curious about the way they will use these new innovations, situated on the outskirts of the services sector, to change the organizations at their core. Whether they like it or not, it is what has to happen in the end. This, from my perspective, is a corporations’ greatest challenge. I observe many corporations making promising (and often also less fortunate) innovations, but usually it’s nothing more than a marketing ploy (only as a means for people to view them as innovative, working together with society and start-ups, or to have the appearance of being open to change). This might be worthwhile for a time, but in the long run they’ll be overtaken mercilessly anyhow. The fact that Swisscom manages to transfer innovations from the drawing table into practice, as well as the way in which they execute this process, instills confidence.